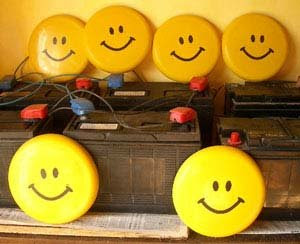 One of the reasons I haven’t been blogging much recently is that my six year old laptop has only a few hundred Mo of RAM so it runs out of memory whenever I try to do anything complicated.

Often, I just give up waiting for action and go and get on with something else – not a bad thing really. 😉

I did buy a bit more memory (The maximum for my machine.) and took my computer apart to plug it in. (Scary stuff!)

That did do the trick for a few weeks but when I’m in forums, answering e-mails and trying to research something amazing that a friend’s just told me about, all it needs is for me to visit one site with a bit of background music or a video and everything comes to a standstill.

I like being able to make do and mend but with computers there’s only so far I can DIY, so I’ve bought a brand new laptop with lots more memory and I’m looking forward to getting to know it better once I get all the electrics and the internet connection sorted out. 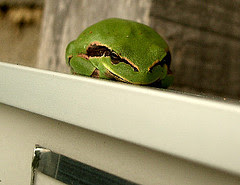 People often ask us how we manage our internet connection living off-grid. I cleaned up and emptied out my laptop a few days ago (To let me get on the ‘net to buy another one!) and the connection seems to be quite stable, so I thought I’d take this opportunity to write about how we manage our solar and wind energy to have off-grid computing.

At the moment, we have a very modest 12v renewable energy system which runs on eight 75watt photovoltaic panels and two 75watt Rutland wind generators.

We’ve bought the panels and wind turbines in stages and decided to keep two separate systems – each one is capable of lighting the whole house, recharge batteries, run small appliances and allows us to get on the internet. Having two systems means that when we can carry out our battery maintenance or add more panels to one system we’re never without power. If one system is out of energy we can swop over and at least I’m always sure of being able to send e-mails or recharge torch batteries. I’m pleased to say that neither of the systems of our alternative technology has ever let us down. My old laptop needs 19v of direct current (DC) and when laptops run off the mains power they need a transformer to change the alternative current to DC. So instead of using an inverter to change DC to AC to DC, I bought some cheap and cheerful DC current converters like the one in the photograph above for about 29€. This little gadget allows me to step up the DC voltage needed by my laptop and means that I don’t waste the precious (especially in the winter!) energy taken up by an inverter while it’s switched on. This one has been working well (Despite the dust!) for about three years.

My new computer – like many of the bigger machines on the market – needs more power than the 70watt maximum allowed by the small unit above, so I’ve been looking for another one. I ordered a unit from Nauticom and it should arrive soon.

I also run my modem from a DC-DC converter but for the other appliances like my external hard disc and my printer (Which I rarely use.) I need an inverter which changes 12v DC to 230 AC. This one cost around 150€.

It’s best to use the smallest inverter you can to run equipment because the inverter itself uses a lot of energy, so I opted for a little 300watt one which doesn’t take up much room on my desk. I use it with a three plug adaptor so that I can plug in several things at the same time and it too has been working perfectly for a few years. The only thing that drives me mad is all the wires everywhere but I suppose if I want to charge cameras mobile ‘phones, batteries and get on the ‘net, that’s something I’ll just have to live with.

I’m really looking forward to getting everything sorted out and finally using my new computer. I wanted to post a photo of the beast, but I don’t want to take any chances…;-)

5 thoughts on “Off grid computing”